How will cloud computing look in next five years? 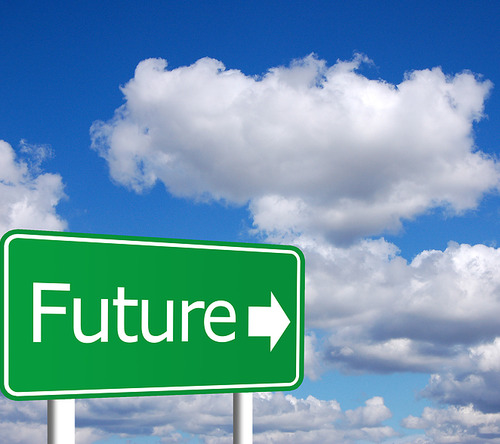 As any technologist can tell you, cloud is comprised of many features and the world cloud is used to describe many different services. He/she will undoubtedly regale you with information about features such as automated management, data center design and a key feature of the cloud- virtualization. On the other hand, a professional businessman will explain features that help him in his line of work, such as the ability to interact with contacts, applications and other resources without physically being there. The businessman would be correct, the most important connection features of the cloud are blazing speed, transformation and agility that are implemented within a business. I have had people tell me that cloud is a commercialized sales term and it’s on its way to the end. I would have to disagree- I believe that cloud is not just a sales term; it is improving the quality and ease with which companies can organize and automatically connect.

So here are some predictions…

The cloud will cause some businesses to thrive

A network spanning the globe, comprised of resources that are “on-demand,” the cloud is virtually transforming many industries that take advantage of its improving features. The cloud has improved technology in many differing forms, such as retail, media, information, marketing, advertising and publishing. There are many businesses that utilize the advanced features of the cloud and that number is increasing at a high rate. Expanding services that help improve the ease and efficiency of delivering goods are causing many small businesses to thrive.

The cloud can cause businesses to fail

The downside to the successful emergence of new companies is that many businesses that have been around for years could be put out of business. This kind of disruption within the system could have repercussions on the economy. Large investments will be reduced or canceled and a surge in worker layoffs will cause unemployment numbers to skyrocket. The problem lies in the fact that these businesses have been influencing society for years and have many legislators in their back pocket.

Unfortunately, as businesses discovered the advantageous uses of the cloud, so did the government. One month ago, the European Commission released plans for a new cloud strategy. This new strategy should bring in approximately €160 billion to the European Union’s GDP within the next eight years. This is where government steps in and wants to control. The legislators already want to regulate the cloud while it is having a positive effect on the economy. They will only attempt to control and regulate it further as they see that smaller companies are able to compete with larger and longer established companies by utilizing the features of the cloud.

Within the next five years, I believe there will be no more terminology of “cloud computing.” As all uses of the computer can be accomplished on the cloud, all technology will have shifted to the cloud. High-tech applications such as CAD/CAM will be able to be transformed to the cloud without losing any performance. As the entire world shifts to the cloud, “cloud computing” will simply be known as “computing.” It will become the standard for how computing is done. Five years may not be long enough for all high-performance computing or companies with highly-sensitive data to have completely shifted to the cloud but the transition process for these companies should be in action by then. The rest of the world will already be taking advantage of the cloud to help them improve the efficiency and cut the costs.

In short, in next five years we should expect widespread adoption, disruption, and increased regulation.