Salesforce is a service every business needs to use. As a CRM, it stands out primarily because of its efficiency in helping manage the process from lead management to sales to customer retention. Its accurate reporting makes it easy to keep your finger on the pulse of your company’s growth at all times. Other CRMs are available, of course. But with the sheer amount of apps that are available on the Salesforce app exchange, you’ll find everything you’re looking for in a robust CRM. And besides: even without extra apps, Salesforce alone is perfectly sufficient for any organization.

Consider how many cloud platforms your company uses. The average company uses at least 7 platforms on the books. However, when we take into account the platforms that employees personally bring to the workplace on their own devices, it’s actually closer to 21.

Sure—Salesforce’s doesn’t have an embellished direct user interface. But that actually helps efficiency as you experience decreased distractions when using the tool. When we look at Salesforce, we’re really looking at the bottom line. There’s no place for fancy UIs—only for actual useable numbers.

To help you get to know Salesforce, here are its 4 most essential sections:

Below Are Your Top 3 Salesforce Tips & Tricks:

How to Onboard, Train, and Engage With Your Employees

Using Chatter Files can help you sift through much of your internal communications in a really efficient way. Specifically, you can use this feature to onboard, train, and receive feedback from your employees. Here’s how to set up a great cloud community which will help grow and support a positive working environment:

Managing Your Files Is Easy

When you have multiple files in another application (like Dropbox, Box, Egnyte, Google Docs, or Amazon S3) and you want to share them with your groups in Chatter Files (or link them to other accounts), all you need to do is sync those files to your personal library in Salesforce. Within seconds, everything will be available from within your Salesforce platform—and in the correct mapping order.

Reports don’t have to be tricky. 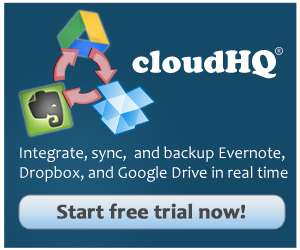 When Apple iPhone was first launched, back in those innocent days of 2007, it was a lot more than just a fancy phone. After the App Store was launched a year later, it irreparably changed the smartphone market.

At that point, it went from being nicely designed phone to a powerful tool, capable of doing much more than we all imagined in 2007. The success of the long-awaited Apple Watch, announced by Apple CEO Tim Cook in San Francisco, CA on Monday 9 March, 2015, will also depend on Apps.

The Apple Watch ranges from a $350 sports model, made of stainless steel, to an 18-karat gold watch, which starts at $10,000 (up to $17,000). Has Apple finally jumped the gun, or will demand quickly follow considering Apple’s strong fan-base of customers?

Interestingly, the watch is not a standalone device. In order to make a call, you’ll still need your iPhone within Bluetooth range. So, unlike futuristic gadgets in James Bond or Star Trek, you aren’t technically making a call from your wristwatch – your phone is still doing the heavy lifting.

Time is a Factor

When it comes to this watch, or any “smart” watch, like the Samsung Gear S, time is a key factor. Naturally, you need to be able to tell the time, but how long do you spend looking at your phone? Or tablet device? Or on a laptop? Chances are the larger the device, the more time you spend in front of each particular screen.

The Apple Watch comes in two sizes: 38-millimeter or 42-millimeter, which if you use this great hack from TIME Magazine (using a folded dollar bill) you’ll be able to figure out which is right for you. But, before you fold a dollar bill, consider what these sizes mean for how much time you might spend using your new $10,000 fashion accessory.

As TechCrunch noted, “you are going to use your Watch for seconds at a time, and the software needs to be tuned to take that into account.”

This represents a brave new frontier for app developers.

The First Enterprise App on the Watch: Salesforce

One enterprise app was briefly featured, between Uber and Starwood Hotels: Salesforce. Michael Peachey, VP of Solutions and Product Marketing is confident that this will be a “transformational moment in the industry”, for firms like Salesforce, which had already configured Wave, an analytics package, for the launch event.

Alongside Wave, they also announced Salesforce1 and Salesforce Wear for the Apple Watch. They are excited to be able to offer their users full access to Salesforce data, which will be useful for sales teams who are often on the road. Wear is a Software Development Kit (SDK) which will help Salesforce customers create products on the Watch platform for their customers, targeting those who are in B2C markets.

At this point, it might be too early to say.

Apple has always known where to put the ball and move the market accordingly. They have a string of very successful products – iPod, iPhone, iPad – which prove this. Consumer, then business app developers move into these new markets accordingly. Salesforce will not be the only one. The question remains whether there will be sufficient critical mass, which all comes down to what the public wants.

If we see the kind of demand which made the iPhone and iPad such huge hits, then business apps will emerge fast in order to capture demand. This also means businesses will need to remind their staff to backup and synch between devices, now a new screen is about to become a home for sensitive data.

cloudHQ is already integrated with Salesforce, so if you are thinking of buying an Apple Watch and use Salesforce, now could be a great time to sign up for a 15 Day Free Trial.