How long does it take to email a file from Dropbox (or any other cloud storage account)?

We were curious. We did five tests, then calculated the average time to build and share a link.

37.4 seconds may not sound like much. But if your job requires you to send a lot of files back and forth via email, the time adds up quickly.

If you send 10 attachments a day this way, 5 days a week, for 50 weeks this year, you’ll spend 20.8 hours this year doing nothing but creating and sharing links to files in Dropbox.

There’s a better (and faster) way.

Instead of going into Dropbox, the new Share and Attach Files in Gmail Chrome extension lets you find and attach files directly within Gmail.

The extension is free. It works for anyone with an “@gmail.com” account or whose email is hosted by Google through Google Apps.

To use it, simply click the button inside Gmail, choose your cloud storage account, then navigate to the file you want to attach.

No copy and paste required. And no long, ugly-looking links to send to your boss, coworkers, or customers.

Share and Attach Files in Gmail lets you grab files from:

Whatever service you use, you’ll be able to attach files with just a few clicks. How Much Time Could You Save?

For fun, we timed the process of attaching a file from Dropbox using the new Chrome extension.

After five tests, the process took an average of 17.8 seconds to find and attach the same file. That’s over 50% faster, and it looks much better.

Use it regularly, and you could gain 12-13 hours a year in productivity, simply by using a free Chrome extension when you share documents. 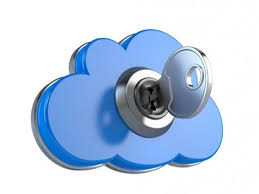 Still a relatively new innovation, cloud storage has attracted a lot of scrutiny in recent months. Before entrusting sensitive data to third party storage facilities, consumers want to know that their information is going to be stored safely and reliably. And is it? The simple answer is yes. Despite scare tactics devised by hackers to undermine consumer perception of the cloud, cloud storage remains one of the safest ways to store your data today. Let’s take a look at why.

1. If the Cloud is Secure, How was Apple’s iCloud Hacked?

After the well-publicized attack on Apple’s iCloud, polls showed an immediate drop in the popularity of cloud storage. Users reported feeling more vulnerable, and began questioning the security of their own personal data. But what really happened? The headlines said that the cloud had been hacked, that nude pictures had been stolen from the private accounts of 26 celebrities. While the photos were indeed stolen from the victims’ personal accounts, the important distinction that the popular media never made was that the cloud wasn’t hacked. The breach was a result of vulnerabilities in Apple’s password security system, enabling persistent hackers to guess the passwords and security questions of select users. The cloud itself was never actually breached.

2. How is the Cloud Protected?

To keep data secure, the front line of defense for any cloud system is encryption. Encryption methods utilize complex algorithms to conceal cloud-protected information. To decipher encrypted files, would-be hackers would need the encryption key. Although encrypted information is not 100% uncrackable, decryption requires a huge amount of computer processing power, forensic software, and a lot of time. Can it be done? Yes, the only way to keep your data safe for certain is to lock it up in a safe beneath the ground. That being said, your cloud-stored data is generally safer than your locally stored data. Cloud services utilize more complex security methods than the average computer owner is able to devise, giving your cloud-stored data an added level of protection.

3. What Can I Do to Help Keep My Cloud Data Safe?

Keeping your data secure is your responsibility as well as your cloud provider’s responsibility. As hackers demonstrated through the celebrity iCloud breach, poor password security can give cybercriminals an all-access pass to your private data. To keep your password safe, avoid using the same password over multiple platforms; add letters, numbers and symbols to your password, and do not utilize a password that is in any way related to your personal life. Any hacker worth his salt will know your address, your husband’s name, the type of car you drive and your favorite restaurant.

Data security is a major concern, and although options are currently limited, they exist. The most secure is likely a military grade encryption from providers like Credeon or nCrypted Cloud. This allows users to encrypt and store data with their own specifications, and securely share files with other parties that can view files with a key management system.

However, the biggest cause of concern for Cloud storage isn’t hacked data, it’s lost data. Dropbox recently had a glitch in their sync system that left many subscribers with lost files. For those who only had their files hosted on Dropbox, there was no possible way to retrieve them. In this case, redundancy to another cloud platform would have been a good idea.

Your data might be safe if the system that it is stored on has failed, but that won’t do much to mollify you in the event of a system outage. While cloud storage keeps your data secure from fires, floods, hurricanes and computer meltdowns, it is still vulnerable in the sense that it is in the hands of a third-party system. Fortunately, since there are no geographical limits to cloud storage, you don’t have to use your local Joe schmo’s cloud services. Before selecting a cloud storage provider, do your research. Top cloud providers can keep your data safe and consistently accessible. If the company you are working with has a history of data loss and security breaches, then it’s time to move on to a new provider.

Cloud storage is much more reliable when used in tandem with another storage system, such as Google Drive. As stated earlier, the biggest concern with cloud storage is lost data, not hacked data. But that issue is eliminated if the cloud is used more as a “sharing” platform instead of a “storage” platform. By taking shared files and storing them into something like Google Drive, you can ensure that if your data is lost, you can easily locate it through the other platform. Services like cloudHQ offer seamless integration via the cloud and Google apps, Box, and Dropbox; making it impossible to lose your files.

5. Who is Currently Using Cloud Storage?

So what does this mean? It means that most companies either trust cloud storage enough to incorporate it significantly in their data storage efforts, or that the benefits of cloud storage are so great that it’s worth the risk. Nevertheless, the trend is not stopping. Cloud usage has seen an exponential rise every years since 2009.

So although safety seems to remain a concern, despite the guidelines and practices put forth by experts in the field, big companies are still investing resources in acquiring and developing the storage platform. Which means that cloud optimization and security will mimic the rise in its popularity. We’re all using different cloud services for different kinds of media: pictures, videos, documents, emails, notes, and more. Whatever you’re storing in the cloud, they all have one thing in common: they’re in the cloud.
We’ve identified 2 major problems with the cloud

It’s easy to see how the cloud can become such a hassle. But don’t worry, we’ve got you covered.

We’ve added a new feature  for you to use with your Amazon Cloud Drive account that lets you sync and consolidate your Gmail, Google Drive, Evernote, Sharepoint, Dropbox, OneDrive, Box, or any other cloud service that you might want to use in your Amazon Cloud Drive. All your documents, emails, email attachments, projects, etc. will automatically be available to you in the apps you were already using, as well as in Amazon Cloud Drive; as your central file repository.

You’ll have everything in one place with secure, and easy to share file management. You won’t even need to have your PC or Mac running, or worry if your internet is working properly. Everything is done on cloudHQ servers, and as soon as your initial transfer is done, you’ll get a confirmation email to let you know that your sync is running. Once you set up your sync, it’ll continue updating all the information between those apps from that point onwards, so you’ll always have the most current version in your Amazon Cloud Drive account.

How to Setup Your Cloud Sync

In cloudHQ, you can also enable archive folders. This way, not only will you have an integrated cloud experience, but a backup of everything before any changes were made to your files, too.