This is an old maxim in marketing and business. And it’s wrong.

The original “unhappy customers tell 9-10 people about their experience” idea comes from a study commissioned by Coca-Cola in the late 1970s.

TARP found that customers who were dissatisfied with the experience told a median of 9-10 people. The study was circled widely among marketing circles, turning the “9-10 people tell their friends” idea into dogma.

Customers have incredible power to damage a company’s reputation (and revenue).

Consider the case of “United Breaks Guitars,” a song written by musician Dave Carroll. Carroll wrote it after United Airlines broke his $3,000 Taylor guitar, then repeatedly rejected his compensation claim.

Carroll and his band uploaded a music video of the song to YouTube, which (to date) has been viewed 15.9 million times:

In the age of social media, customers tell far more than just 9-10 people about their negative experiences. That means you need to have solid processes in place for responding to customer complaints, including email campaigns.

Speed is the key to making frustrated customers happy again. The faster you fix problems, the happier your customers will be.

To move with speed, here’s a simple method you and your team can use to respond quickly and effectively to customer service emails.

First, you’ll need to make sure everyone on your team has installed the free Gmail Label and Email Sharing Chrome extension: 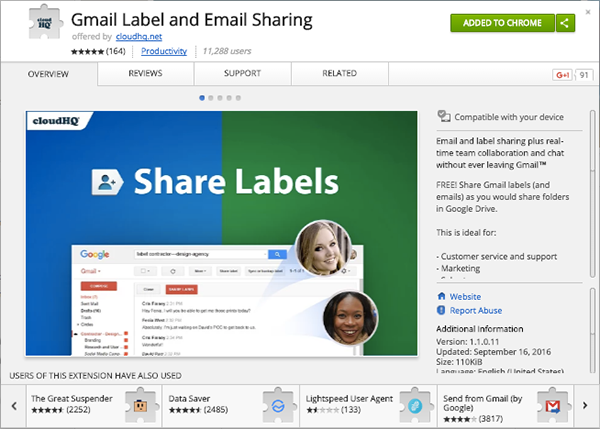 Create and share labels for “red,” “green,” and “yellow” emails. Everyone on your team will need access.

Then simply sort messages by labeling them as you receive them.

“Red” emails should be handled ASAP. “Yellow” are important but not critical. “Green” need a response, but they are not urgent: Step 3: Have Employees Respond to “Red” Emails, then “Yellow,” then “Green”

Once you have the labels set up, everyone on your team can work through them by their priority. If someone’s not sure what to respond, your team can comment on emails with each other before replying back to the customer.

Respond to emails in the “red” bucket first. Then “yellow.” Then “green.”

But the average Facebook user now has at least 338 friends. That’s a far greater reach than the 9-10 people from Coca-Cola’s study 1970s-era study.

Responding to emails using a simple red, yellow, green priority method ensures you deal with angry and urgent complaints first, then move on to the less urgent ones.

That’s good for your customers, good for your reputation, and (most importantly), helps you keep your company from being the target of a “United Breaks Guitars”-style PR disaster on social media.

All it takes is some planning—and the free Gmail Label and Email Sharing Chrome extension.